As a tutor, it is suicidal for me to dispel the myth that admission to an Ivy League school is a guaranteed gateway to success and happiness. Countless studies have shown that not only do some of our most accomplished professionals come from lesser known institutions, but that admission to a top university does not necessarily lead to career fulfillment or even happiness during those formative four years. As an Ivy League graduate, I can attest to the number of my classmates who felt their academic gift was also a curse because they felt compelled to pursue “justifiable” careers in investment banking and law instead of their passions in social work and art.

The sole purpose of SAT/ACT prep is to get a good score to pad the college application. The ability to solve for the missing angle in a polygon has limited use in the real world. Moreover, SAT/ACT studying is boring.

To be sure, intuition and empirical evidence tell us that enrollment in a choice university often does open doors. And so while we must be careful to put the relevance of the SAT/ACT into the context of life, we must be equally careful to put it into the context of college admissions – to understand its weight relative to the other components of a college application and allocate to it an (unfortunately) appropriate portion of our precious free time.

By any estimate, the SAT/ACT’s weight on a “per hour of work” basis dwarfs that of many other elements of an application. Suppose John has a big Civil War exam in a history class. He may put off SAT/ACT prep to devote all his time to this test, so let’s calculate its impact on his college application. If we assume this test makes up 30% of John’s history grade for the semester, then it’s worth 15% of his final grade. The history class may be one of five classes in John’s schedule, giving this test a 3% weighting for his junior year GPA, or less than 1% of his cumulative four-year high school GPA. Even if we aggressively assume GPA “counts for” half of John’s admissions profile, the history test represents 0.5% of his application, a near negligible amount for an apparently big test. It is impossible to know how much weight any particular university admissions officer gives to the SAT/ACT, but surely each weights it many multiples more than the near 0% we calculated for this one history test.

SAT/ACT skills are certainly not more valuable to a student’s well-roundedness than his Civil War knowledge, but this example demonstrates how seemingly critical components of a college application pale in comparison to this otherwise useless exam. We must then conclude that SAT/ACT prep deserves a large percentage of our time.

We don’t want to scare 16-year-olds into mistakenly believing one test will determine their lives, but we do want to enlighten them that, for better or worse (for worse), admissions officers depend on this one test to compare students.

So what do we do with this enlightened perspective? Three things: prioritize, start early, and take the exam multiple times.

First, make some tough choices about prioritization. Many students have a full schedule of after-school clubs, sports commitments, and independent hobbies. Decide which are most important to you and temporarily scale back the others. Perhaps don’t run for a second term as Honor Society President, or tell your boss at Starbucks that you will be trimming your hours for a few months because of the college application process; he’ll understand and will respect you for it. Remember, you will already be more busy than usual researching schools, writing college essays, etc. Many students mistakently assume they can just pile these additional time commitments onto an already overbooked schedule. Treat SAT/ACT prep as an extra class, or an after-school job. Replacing another activity with SAT/ACT prep will make it easier to prioritize a study routine and avoid treating it as an “if I get to it” chore. This is especially important because SAT/ACT prep is one of the few activities where there will be no teacher, coach, or club leader keeping you on track; it is your duty to discipline yourself.

Starting early ameliorates the stress of SAT/ACT prep, ideally during the summer after sophomore year when you have more free time. Most parents hire me in the spring of their child’s junior year, during the stressful AP and finals season. Better late than never, but wise is the student who begins prepping the previous July and by January never has to worry about the dimensions of a 30-60-90 right triangle again. Warning: a lack of urgency at such an early stage will promote procrastination; scheduling study sessions with friends is a good way to create external motivation.

Starting early enables our third recommendation: take the test multiple times – preferably three. Surprisingly, many “reputable” study guides don’t mention this obvious strategy. You can’t hurt yourself by taking the exam again because virtually all colleges allow “score choice” and/or only count your “superscore”: the sum of your best scores from each section for all the exams you took.1 Even with no additional studying, a second attempt may improve your score simply by luck if a reading passage aligns with your own interests or you have a strong opinion and great examples for the essay question. If you were averaging 1900 on practice SAT tests, then scored a 2100 on exam day, you may still want to take it again if your writing portion was 650 but you were averaging 750 when practicing. You can score lower on subsequent tests but still improve your superscore. Many misleading reports fail to recognize this caveat, underestimating statistics for average score increases on subsequent exams.

Taking this free lunch can pay big dividends. A non-profit survey of 246 college admission officials found that even a tiny 10-point increase (one test question!) “can significantly improve a student’s chances of admission,” especially to more elite universities.2 Moreover, walking into your first exam knowing it is not your only shot immediately reduces stress levels, and you are sure to be much more confident on the second and third try because you’ll know what to expect. Finally, taking multiple exams allows students to learn from their mistakes through an actual SAT/ACT by ordering a copy of the exam. If taking the SAT/ACT once is not fun, then taking it two or three times is worse. But given the exam’s outsized weighting in college admissions, the reward is well worth the sacrifice.

Brian Geiger is the CEO of Elite Ivy Tutors, which offers in-home and online lessons around the world. He can be contacted at Brian@EliteIvyTutors.com. 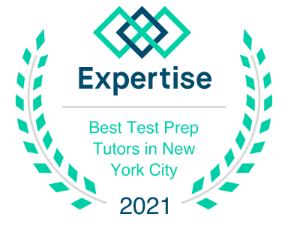